Welcome to Our Community Blog to enjoy old memories including beautiful scenes, some spiritual articles and some highlights of our mother land India. 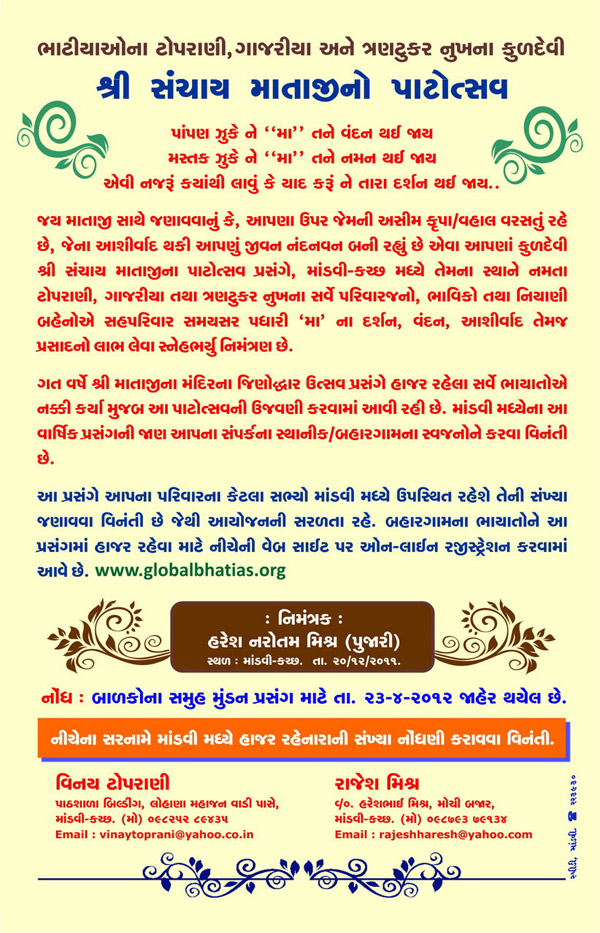 Posted by BHATIA COMMUNITY MISSION FOUNDATION at 3:36 AM No comments: 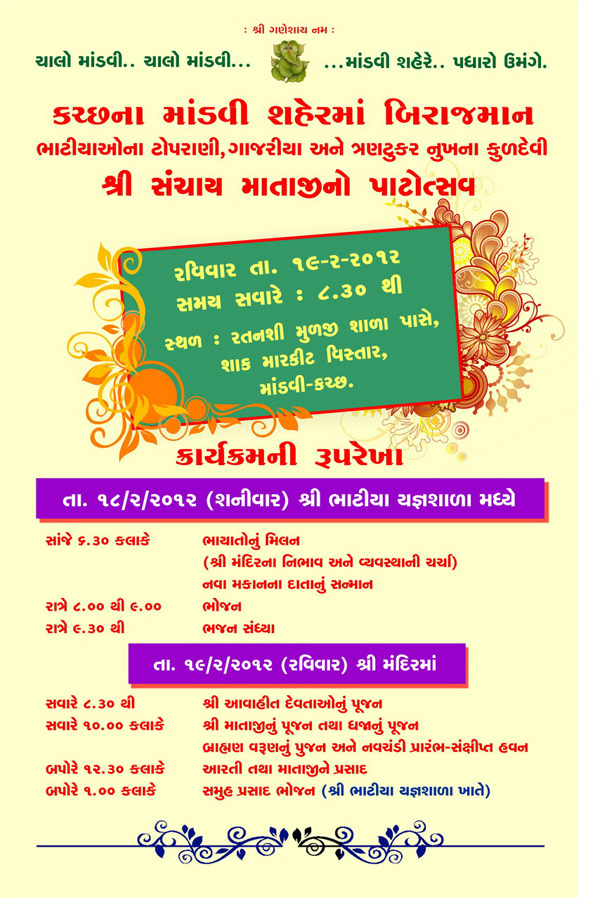 Posted by BHATIA COMMUNITY MISSION FOUNDATION at 3:33 AM No comments: 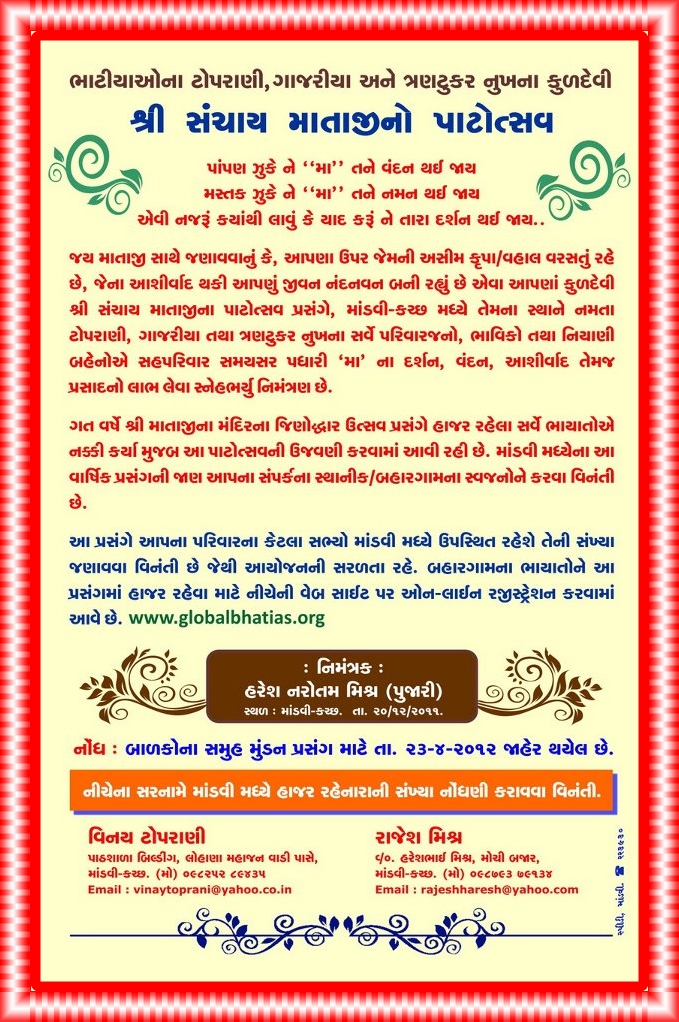 How to worship Goddess during Navratri?


What is importance of 'offering a sari and a blouse-piece' for the Goddess?
Note: Ritual of 'offering a sari and a blouse-piece' is called as 'Oti bharane'.
1. What is the importance of performing 'Oti bharane' in Goddess worship?
Invariably offering Her a sari and a blouse-piece concludes the ritualistic worship of a Goddess. Offering this to a Goddess is akin to praying to Her attributeless form to work for one's spiritual progress and welfare
through the medium of 'with attribute' form. Panch-opachar puja (worship by 5 characteristic sub-rituals) in any ritualistic worship is related to the attributeless form of God. The prayer to the Goddess to become functional, with the offering of a sari and a blouse piece helps the attributeless form of the Goddess to manifest in 'with attribute' form in the sari and the blouse-piece.
2. The correct method of 'Oti bharane' while worshipping a Goddess
A. The sari offered to the Goddess should preferably be made of cotton or silk fabric, because when compared to other fabrics, these fabrics have a better capacity to attract and retain the sattvik frequencies emanating from the Goddess.
B. Stand in front of the Goddess holding the sari with open palms, at chest level; place the blouse-piece on top of the sari and then a coconut and some rice grains over the blouse piece. The tuft at one end of the coconut should be towards the Goddess.
C. Pray with utmost bhav (spiritual emotion) to the Goddess to bless you with chaitanya and for your spiritual progress. This helps manifest the 'with attribute' Goddess principle.
D. After offering all the ingredients of 'Oti' at the feet of the Goddess, offer some rice grains on them.
E. If possible, the lady offering the 'Oti' (only a married lady is permitted to offer an 'Oti' to a Goddess) should wear the sari offered to the Goddess as prasad (holy sacrament) and partake of the coconut too as prasad.
3. The subtle process in performing the ritual of 'Oti bharane' and its merits
A. The Goddess principle is attracted towards the tuft of the coconut. The coconut helps the principle permeate into the sari and the blouse-piece. Consequ-ently the frequencies emanating from the tuft of the coconut form a protective sheath around the body of the embodied soul performing the worship.
B. Through the cloth, with the help of absolute Earth element, frequencies with Sattva attribute get transmitted. These frequencies along with the help of absolute Water element present in coconut water, gain momentum and become functional. As a result a protective sheath of these frequencies is formed around the body of the embodied soul perfor-ming the worship. Similarly, the sattvik waves which permeate the sari and the blouse-piece help in purifying the prandeha (vital body) & the pranmayakosh (vital sheath) of the embodied soul.
C. The posture of standing while holding the palms together at the chest level helps in activating the chandranadi (the subtle lunar channel). It also helps in increasing the particles of the Sattva attribute in the manomaya kosh (mental sheath), resulting in mental peace. This posture is very helpful in the embodied soul surrendering to the Goddess. The sattva-laden frequencies emanating from the Goddess enter and spread into the body of the embodied soul through his palms. This in turn results in activation of the anahat chakra (the energy centre at the level of chest) and helps in awakening the bhav of the embodied soul
towards the Goddess. It further helps in purification of the gross and subtle bodies of the embodied soul. When bhav of a embodied soul towards the Goddess is high, it helps in longer retention of the sattva attribute gained from the ritualistic worship.
4. What is the benefit in specific colour selection of the sari and blouse-piece offered to the Goddess?
The objective of offering a specific object to a specific Deity has been explained earlier. Similarly, offering a specific colour sari and a blouse-piece that attracts the Goddess principle the most in least time, helps activate the principle of that Goddess for the embodied soul. The table ahead gives the names of the Goddess and the colour that attracts Its principle in the least time.

Posted by BHATIA COMMUNITY MISSION FOUNDATION at 7:08 AM No comments: 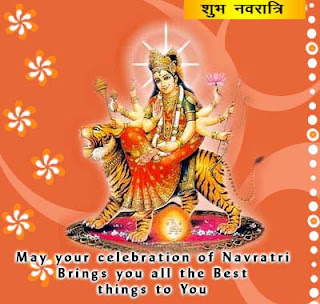 BHATIA COMMUNITY MISSION FOUNDATION
We are a family, not an organization, Now on WHATSAPP....."GLOBAL BHATIA FAMILY" so, every page is shown with full biographies (If applicable), dates of birth/death and photos, to show you all who YOU'RE family really is. See your relatives, and have a look at you're history, you're present and you're future.My thanks to all of my internet friends and cousins who have given me encouragement and have been willing to share their information with me. I hope those who visit my site will learn and enjoy the history of my family. This is a 'living' site so it will be updated and amended quite frequently. Photo's will be added in time so check back often if you have an interest in any of my ancestors. Also copies of certificates and censuses will be added in due course. Please feel free to sign my guest book. - Dr.Pravin Gopaldas Purecha E-mail us at bhatiacommunity@gmail.com or drpravinpurecha@gmail.com.or drpravinbhatia@gmail.com or www.bhatiacommunity.org or on WHATSAPP "GLOBAL BHATIA FAMILY"